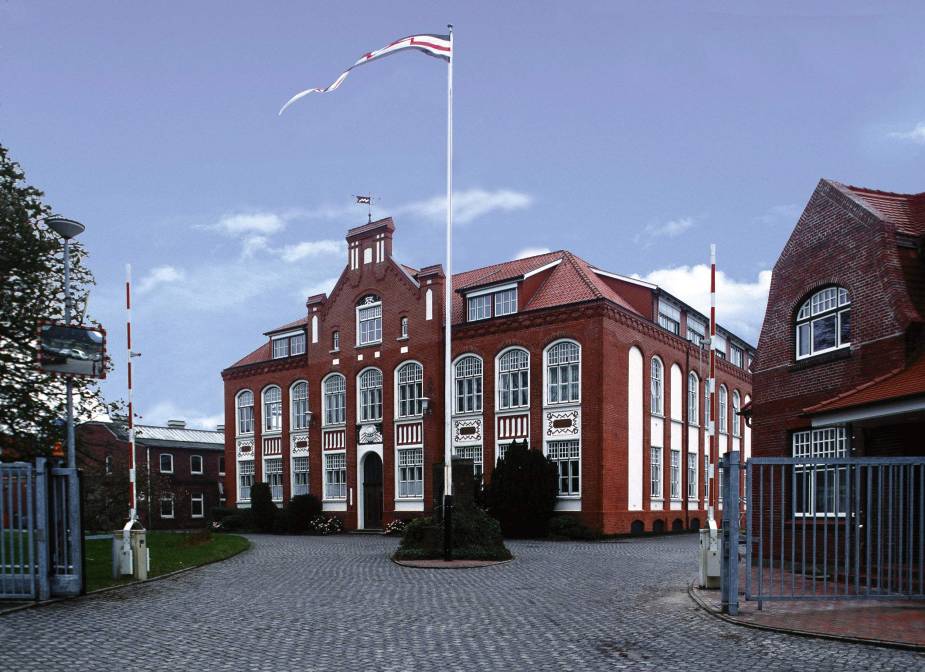 The challenges to innovativeness, quality and reliability grow in the face of ever-deeper water, more demanding locations and greater distances that must be covered. New and rising demands are being made on materials, service life, the ability to deliver, economy and efficiency.

NSW, over its century of history, has accepted the challenge of these requirements again and again. Over the years, NSW has become one of the world leading companies in the areas of submarine cables, overhead cables, special cables for the offshore industry, other submarine and land-based applications, and as a supplier of clever plastic products. NSW consults with and serves customers throughout the world from its main headquarters in Nordenham, Germany, and the regional sales office in Great Britain.

NSW is a member of the General Cable Corporation group of companies and embodies the same rigorous and uncompromising service and quality standards. Quality and quality assurance are now and will remain in the future important components of the corporate philosophy of NSW.

The research and development departments of NSW work closely with the appropriate experts from General Cable in developing advanced optical cable designs for many internationally leading network operators. NSW complies with all requirements of the internationally recognized quality certification societies such as LR, DNV, GL and ABS in manufacturing its cables.

NSW is always pushing the boundaries of technology in all the core areas of the company. The goal of NSW is to be one of the most innovative, competitive and customer-oriented suppliers of repeaterless fiber-optic submarine cable systems, special cables and plastic products worldwide.

With their knowledge, their experience and their claim to innovation, they stand for responsible business activity of NSW directed toward creating value.

NSW’s headquarters is located in Nordenham, Germany. This is where the strategic and operational decisions are made. All central business units such as HR, accounting, finance, controlling and marketing are located in Nordenham. The Engineering Center of Excellence and the global Customer Service Center are also located here.

With Nordenham serving as a base, the Sales Departments of all product divisions operate in the countries of Europe, Africa, the Near East and the Middle East.

Representatives in America handle sales of telecommunications cables for the entire continent of America.

The Asian representative is responsible for the sales of telecommunications cable in Asia and Oceania.

In addition to these, a worldwide network of contacts from Prysmian Group is available to our customers:

Our vision is to be the best performing wire & cable company and a fulfilling place to work. Given the global context, we decided to relentlessly focus on four pillars critical to achieving our strategy: optimize our portfolio by focusing, innovating and investing in strong market positions (in the Utility, Communications, Industrial and Construction markets), drive leading cost, align organizational structure and capabilities, cultivate a highperformance culture with a consistent set of values and behaviors.

Our purpose is to work together to power and connect people’s lives, enabling society to flourish and progress. We do this reliably and safely through the high performance of our cables, services and installations. We drive innovation to meet the changing and developing energy and communication needs of our stakeholders today, tomorrow and into the future. By focusing our objectives on our strengths, building stronger connections between our people and with our customers, we can and will succeed.

NSW is committed to sustainability to assure success in business and to takeresponsibility for its employees, the environment and society.

We fulfill this obligation in the workaday world of our company on three levels:

Diversification of the staff is a major concern at NSW. We want colleagues who, based on different genders, ages, religions, countries of origin and capabilities, are just as diverse as our worldwide customer base. We believe that this broad basis forms the best foundation to handle the requirements of our customers every time, on time, without fail.

Sympathetic interactions in the workaday world, the potential to obtain additional qualifications, both technical and personal, and a measured work-life balance provide our employees with major support in handling the most demanding challenges at work.

The criteria for production, environmental and occupational safety management systems contained in the ISO 9001/14001/50001/45001 standards apply throughout the world.

Out of conviction, NSW has implemented these standards in its company processes and expanded them to a comprehensive management system. Consequently, the synergies created by a total system can be employed in the interests of our customers.

Independent companies use regularly occurring inspections to check compliance with the requirements of the standards. The certification documents of the SGS-TÜV Saar GmbH attest that NSW uses an active and well functioning quality, environmental, energy and occupational safety management system.

Our heritage: Felten & Guilleaume Carlswerk AG and the Deutsch-Atlantische Telegraphengesellschaft founded NSW (Norddeutsche Seekabelwerke) in 1899 in Cologne. For over a century now, the company has been a pioneer in the area of submarine cable technology and communications. In 1904, NSW manufactured its first significant (7,993 km) submarine telecommunications cable insulated using gutta-percha. Two NSW cable ships, the “von Podbielski” and the “Stephan von Borkum,” laid the cable to New York by way of the Azores.

In 1931, Siemens acquired a 50% stake in the company. From 1932 to 1935, NSW developed insulating foils based on polystyrene, and plastics extrusion technology. Initially, the plastics extrusion work focused exclusively on insulating cables. As experience grew and application areas were further developed, the POLY-NET® sector was officially founded in 1959. This is where NSW began the commercial manufacture of extruded, knotless plastic netting. Additional packaging solutions followed. NSW continued to expand the POLY-NET® range. NSW has been producing surface protection netting and spacer grids since 1970 in its own purpose-built POLY-NET® factory. Continuous research brought NSW two new areas of activity in 1978: environmental technology, and power transmission and conveying technology.

Of course, the cable sector continued its development and implemented some of the most important submarine telecommunications projects in the world. In 1958 and 1959, NSW delivered the 1,855-kilometer submarine telecommunications cable with a polyethylene sheath for the TAT 2 transatlantic telephone system. More large-scale projects such as the ICECAN telephone line (a 3,224-kilometer connection between Iceland, Greenland and Canada, part of the dedicated line between the White House and the Kremlin) and the TAT 4 transatlantic cable (2,223 kilometers) followed.

The most important breakthrough came in 1989 — at the dawn of the modern age of submarine telecommunications in the cable industry — with the development of the first fiber-optic submarine cables. Since then, NSW has become one of the world’s leading companies in the area of repeaterless submarine cable technology. Together with Siemens, which acquired the remainder of the company in 1995, NSW manufactured and installed thousands of kilometers of submarine cable for repeaterless systems throughout the entire world — sometimes under extremely difficult conditions such as the rocky sea floor of Spencer Golf, Australia, or the offshore oilfields along the Nigerian coast. Many of the systems are part of the most significant submarine cable systems of the world such as the 1,650-kilometer long submarine cable system in Greece or the 2,600-kilometer DFON system on the Philippines. With MINISUB™, a sturdy but super-light fiber-optic cable, NSW revolutionized repeaterless submarine cable technology and developed a cable-laying and logistics concept that uniquely satisfies customer demands with its short implementation phase.

In February 2000, NSW was acquired by Corning, the world leader in fiber-optic technology. While managed by Corning, NSW installed one of the longest hybrid submarine cable systems in the world. It has 9,000 kilometers of cable and connects 15 countries.